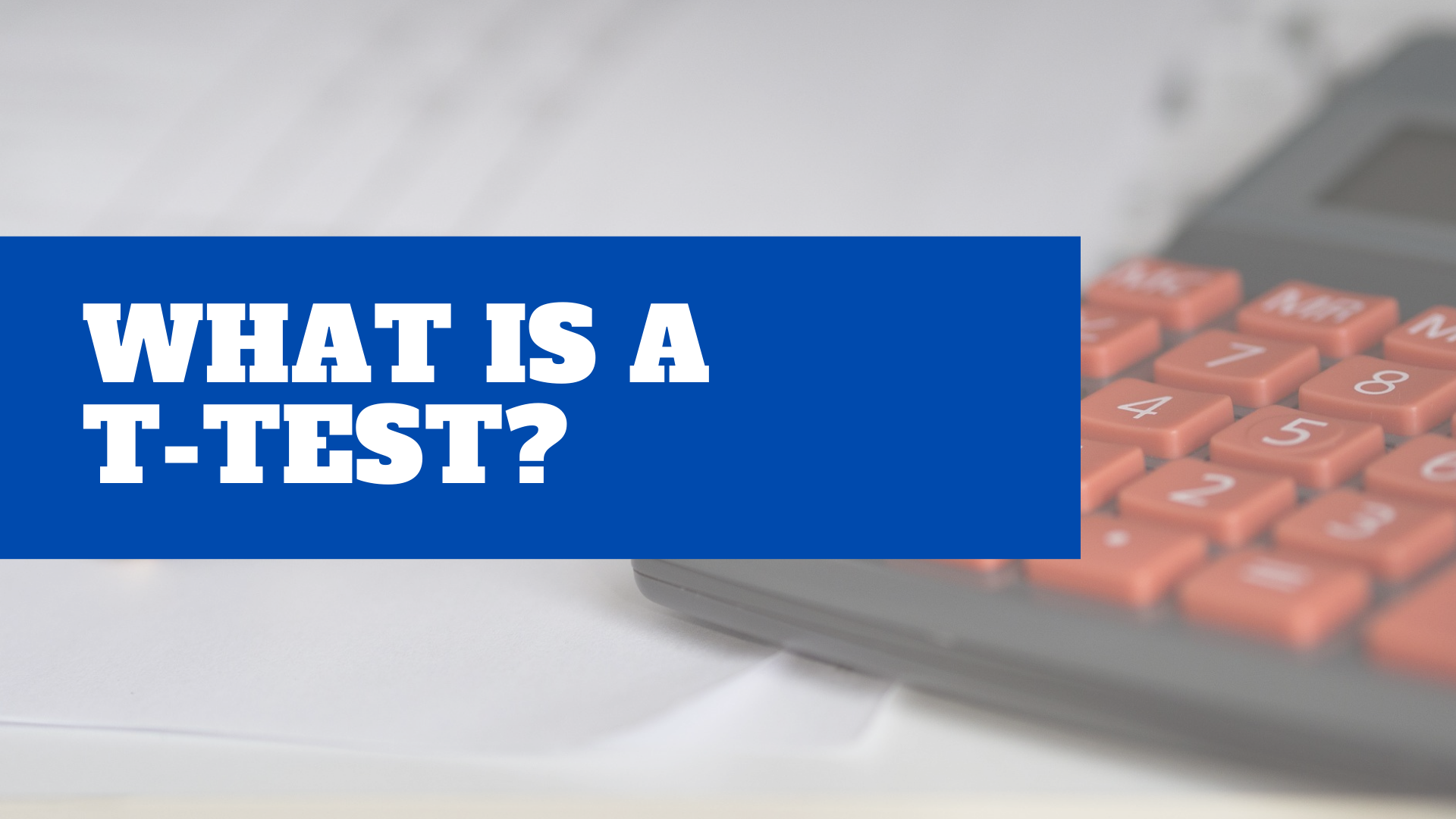 A T-Test is a hypothesis test that we use in statistics to compare two data sets’ respective means. It is a kind of inferential statistics. It concludes if there is a significant difference between the two groups’ means, which otherwise could be related to a few attributes.

For example, you can use a t-test to determine if there is a difference in patients recovering from Covid-19 when admitted to a Government facility vs. a private facility.

To understand and calculate the t-test, we need to know basic terminologies such as:

Mean (Average): It is a ratio of the sum of the terms to the total number of terms.

Variance: It is a measure to determine the amount of deviation of a variable from its expected value. Its calculation involves squaring the deviation. For example, if we measure the length in centimeters, its variance would be calculated in centimeter squared.

A t-test is called so because it lets you boil your sample data to a single value (t-value). We need three key data values to calculate a t-test:

The common formula for calculating a t-test is:

‘t’ is the test statistic or t-value. The formula is a ratio, and it is also called a signal-to-noise ratio.

When the noise is more, we observe the larger difference between the sample mean and null hypothesis value. It holds true even when the null hypothesis is true. The noise factor is incorporated in the denominator to determine if the signal can stand out from it.

What is a T-value?

The inference obtained out of the result is called the t-value. It is also called the signal-to-noise ratio. The value compares the null hypothesis to sample mean(s). It incorporates both variability and the sample size in the data. In simple terms, the t-value is a difference calculation that is represented in standard error units.

For example, if a t-value is 3, it implies that the observed difference is thrice the variability in the data. There is a greater chance of a lack of significant difference when the t-value is closer to zero.

When we take random data samples from the same population repeatedly, we will observe a different t-value every time. It is due to a random sampling error.

What are the different kinds of t-tests?

Based on the data and the analysis type, we can perform three kinds of t-tests:

A One-Sample T-Test is applied to determine if a population mean has a significant difference from a hypothesized value. We can use the test when the population variances are equal or unequal. The size of the sample could be small or large.

To understand the function of a 1-sample t-test, we need to follow the following procedure:

‘n’ is the number of observations in a sample.

The formula for calculating the test statistics (t) is:

nA+nB-2 is the degree of freedom

The test follows similar logic to the one-sample t-test. It confirms whether the averages of each group are different from one another. The t-statistics and t-critical values are compared.

Null Hypothesis: There is no difference between the two samples’ means.

Alternative Hypothesis: there is a difference between the two samples’ means.

A paired t-test is applied to observe a mean difference between paired data of two sets.