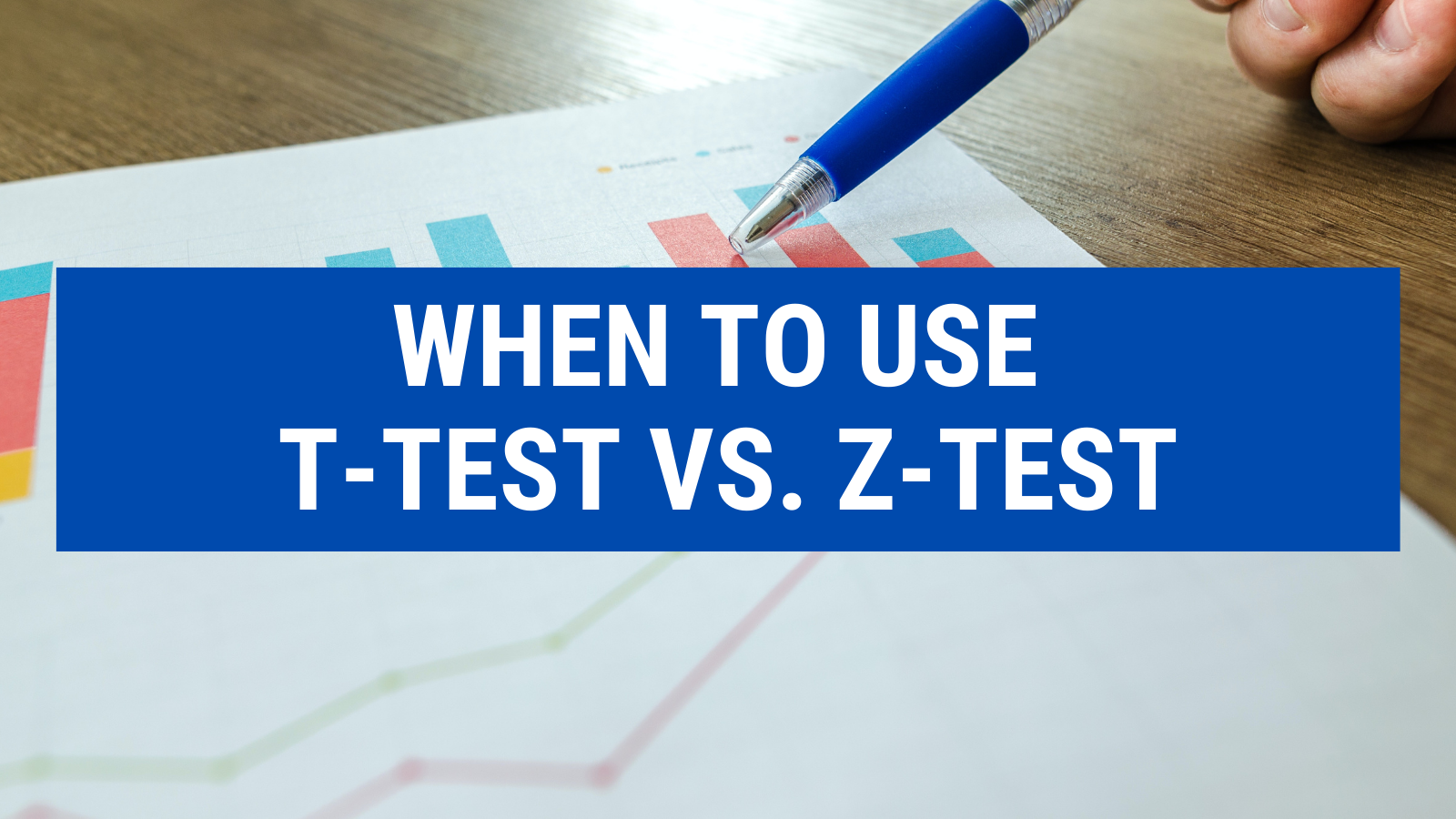 A hypothesis is an assumption of a scenario that is rejected or accepted based on the test result. There are two kinds of hypothesis testing method:

There are two types of tests in a parametric test – t-test, and z-test.

To a larger extent, both t-test and z-test are similar. Both are used to test a hypothesis to determine if there is a difference between two different population/sample groups. Let us first understand each of the tests. We later talk about when to use t-test and z-test, respectively.

Basic Differences between t-test and z-test

What is a t-test?

A t-test is a kind of a univariate hypothesis test. It compares the mean of two samples. A t-test assumes a sample’s normal distribution. It determines if the means of the two data sets differ from one another. T-value is the result that we derive out of a t-test.

The formula for calculating a t-value is:

There are three kinds of t-tests that we can perform:

When to use a t-test?

What is a z-test?

A z-test is a statistical tool that is used in the case of a large sample size. It lets us check if there are any differences in the two population means when we know the variances.

Z-score is the result that we derive out of a z-test. It is a conversion of individual scores into a standard form. A z-score signifies the number of standard deviations of a result from its mean.

The formula for calculating z-score is:

If the z-score is lower than the critical value, we accept the null hypothesis.

There are four kinds of z-tests that we can perform:

When to use a z-test?